Home About Us The Scriptures Salvation My Articles 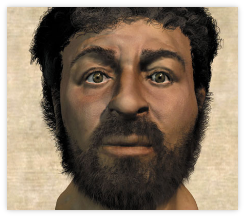 My Articles written to answer questions about God and life.  Study all the books to show yourself approved. The truth will set you FREE.

The laws of God and the Universe.

The laws that God have created can’t be change. The best thing for Men/Women to do is to get to understand them and obey them if you/men/women want to live well. The scriptures are the instructions to life. I don’t understand why people don’t want to believe in the scriptures. You must read or listen to the Holy Scriptures, Apocrypha,The Quran, The Book of Mormon, and The Torah.

Adam and Eve, All the people was not birth into the world by Adam and Eve. God spoke everything into existent. God took the dust/molecules of the earth and created mankind.  From mankind God put them to sleep open up a womb and took a rib of man and made woman(womb of a man). God made he male and female. God used Adam and Eve to set the relationship between God and mankind. The telling of Adam and Eve in the scriptures shows you how they disobeyed God that led to the process of fall and the rebuild of the relationship between mankind and God the creator. If Adam and Eve would have obeyed God all mankind would have followed, So God cursed women that they will birth mankind into existent and Adam to work for his food and shelter. Adam and Eve had two children Cain and Abel. Cain killed Abel. Cain was exiled from land of Adam and Eve to the land of Nod with a people that already exist. This is where Cain got a wife and through that marriage Enoch was born.

Is the Bible Myth or True?

The argument must be used with evidence and the mind that God can do what ever he wants to.
There is people and even preachers believe that the Bible, Torah, Book of Mormon, and the Quran are books of myths and not history or truth.  My question is what is the truth and where should you get it. Should you believe what is written by the men in the Scriptures or what men has written their own books. Now me I take the bible literal. I believe in all the possible and impossible things that the Scriptures talk about, as the Scripture says all things are possible with GOD. The Scriptures was written by God’s Prophets and others is written by man with in them selves on all this creation and your existence, which one do you believe.  If you listen and study the scriptures you will learn about Yourself, the Earth, Outer space, spiritual things good and bad. The Scriptures are the instruction given to man/woman on how his creation operate. Just like the inventor give instruction with his invention. The Scriptures is not a Myth.

Its your life to live and your soul to save.

The Creator God love his creation man so much that he has given every opportunity for man to continue to exist.  Man did not get immortality do to the disobedient of Adam and Eve.  So come down to individuals that want to go to heaven. If you want to be on of those individuals you have to believe in the scriptures the instruction to get into heaven or to be saved.  This is called Salvation, where part of  God himself birth into the earth by a women name Mary a virgin as Yahshua/Jesus. The Son of  God and Son of Man. He died as a man and rose from the dead as God.  This is a gift to you and me.  Once God see that another righteous is not going to be born then the end of the world as we know will come to an end.  You yourself  have to make that decision.  If  you die or the end come before you decide, you could end up in Heaven or Hell. Study the Scriptures; Holy Bible, Quran,  Torah, and the Book of Mormon.

GOD is an acronym.

Govern Over Dimensions or Domains.

Who and What God is.
Spirits speaking to your mind.

There is a Heaven and there is a Hell rather you believe it or not.  Its your life to live and your Soul to save. Your purpose in life to the Creator/GOD is to be saved by you showing him love by keeping his Commandments.

I want you to look at The Creator/GOD.

There is a Heaven and there is a Hell rather you believe it or not.  All this is about wether you go to Heaven or Hell.

Jesus/Yeshua said to know the truth and the truth will set you free.  The things that I am doing is to bring the truth or close to it as  much as possible.  First Jesus/Yeshua is not an European. He is not a Caucasian. The fault lye's on the Hebrew/Israelite for forsaken Jesus/Yeshua and not owning him to be the Messiah.
The Roman/Gentile/European shows evidence that Jesus was something special and they knows the truth up to this day. The movies they make and the books they write tells the truth except they put themselves in place of the images of the true people.  In their movies they play as all the nationalities. Throughout time the Hebrew/Israelite tribes forgot the teaching of Abraham and became lost.  The Lost Tribes of Israel.  The Word/Scriptures is God and in Jesus it became flesh. Jesus/Yeshua is God and the son of God. The Holy Spirit is God the energy/power of God. All of these are within the Creator/GOD who created everything that exist. The Torah, Koran, Book of Mormon and the Holy Scriptures New and old.  The old Testament is the same as the Torah. The Koran speak of Jesus/Yeshua being born the Messiah son of Mary. The Book of Mormon teach that Jesus/Yeshua is God. The Prophets of the Torah prophesied about Jesus/Yeshua to come and to save them and deliver them. They misunderstood why Jesus came. He came to deliver them from Hell because of their disobedience.

DON’T GO TO HELL!!
IT IS YOUR LIFE TO LIVE AND TO SAVE.

When something that is spiritual in your mind getting you to commit adultery on your Wife or Husband, you has fallen to the Matrix.  Breaking his or her heart you are living in the Matrix. This is ripping your lives apart from the Tranquility of life that the Creator/God want for all of us. People who do these things is part of keeping Satan's Matrix existing. Robbers, Murders, Fornicators, Drug dealers, and all the music, advertising, and movies that programs you that all these thing is ok. You are a problem to world and yourselves. Love one another with the love of the Creator/God and come out of Satan's Matrix.